Want to know what all the fuss is about with the upcoming Elite Xbox One controller? Well, this latest trailer documents the deep customisation options to be found inside this premium-priced pad.

In addition to button remapping, extra control paddles and swappable d-pads and analogues, you’ll be able to adjust the sensitivity settings. Of particular interest is being able to get the triggers to ‘fire’ sooner in FPS titles, meaning you can get your shot off without having to fully depress the trigger. With all sorts of different setups being needed for different genres, you’ll be able to store tonnes of them and be able to switch between two on the fly via a new button. Take a look at the video below and see if the Xbox One Elite controller is that little bit more tempting. END_OF_DOCUMENT_TOKEN_TO_BE_REPLACED

Microsoft are set to provide a new edition of their Xbox One console in the coming months in time for that all-important Christmas shopping period. This new Elite Bundle comes with a new 1tB Solid State Hybrid drive. This new drive stores frequently accessed files on a solid state partition which “optimises system performance so you can get to the action up to 20 per cent faster from energy-saving mode.” END_OF_DOCUMENT_TOKEN_TO_BE_REPLACED

Gamescom 2015 is kicking off within the hour with Microsoft’s Gamescom 2015 presentation and you can watch it right here. We’re expecting big things from Microsoft, especially as they were boasting that they couldn’t fit everything into their E3 presser.

Expect/hope for some fresh footage of Quantum Break, Crackdown, Scalebound, Rise of the Tomb Raider, Gears 4, Forza 6 and maybe even some brand new games. We’ve said it before, but Phil Spencer and co really have an open goal here with Sony not bothering to attend this year. Is that something they’ll regret by this evening?

We’ll have full analysis of the presser shortly after it’s conclusion, but tune in at 3pm UK-time to see for yourself below. END_OF_DOCUMENT_TOKEN_TO_BE_REPLACED

Since launch on the Xbox One, Jago has been the sole free fighter in Killer Instinct with everyone else available to purchase separately. However, Microsoft has just released a patch to replace him with Sabrewulf so players can try a new character free of charge, which could help lapsed gamers return to the fold.

The latest patch also introduces a number of fixes which you can find below courtesy of the game’s website. For more information on the game’s character bundles, click here. Jon has a review of the game too. END_OF_DOCUMENT_TOKEN_TO_BE_REPLACED

Microsoft’s Xbox One has matched the impressive day one numbers of PS4 consoles sold in the first 24 hours since launch. Both machines sold over 1 million machines on day one. Microsoft are currently celebrating their most successful launch yet as the numbers beat those set by the original Xbox and the Xbox 360.

But should they be really be cracking out the champagne? As it turns out, Sony seems to have the upper hand. Microsoft released their console in 13 different territories including, Australia, Austria, Brazil, Canada, France, Germany, Ireland, Italy, Mexico, New Zealand, Spain, UK, and USA. That covers all the largest gaming markets outside of the Far Eastern ones like Japan and China. END_OF_DOCUMENT_TOKEN_TO_BE_REPLACED 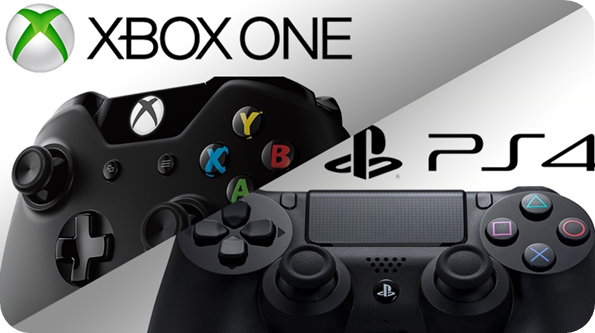 After years of waiting, the PS4 and Xbox One are now unbearably close. However, let’s take some time to make sure we’ve planned ahead for the perfect launch experience on the day. You may have more left to do than you think. So don’t get caught out on launch day, check out our 10 Top Tips for Preparing for Your Xbox One or PS4. Then we can all go back to staring at our calendars.

END_OF_DOCUMENT_TOKEN_TO_BE_REPLACED

With the arrival of the PS4 and Xbox One being unbearably close, we’ve decided to try to calm down for a few seconds to make sure we’re prepared. As it turns out, we still have lots to do and we imagine you do too. So, don’t get caught out on launch day and check out our 11 Essential Preparations Before You Buy a PS4 or Xbox One. Then we can all go back to staring at our calendars. END_OF_DOCUMENT_TOKEN_TO_BE_REPLACED

Microsoft’s public mouthpiece, Major Nelson, has provided an official statement on the new Xbox One console and the conflicting reports surrounding how it will handle pre-owned games.