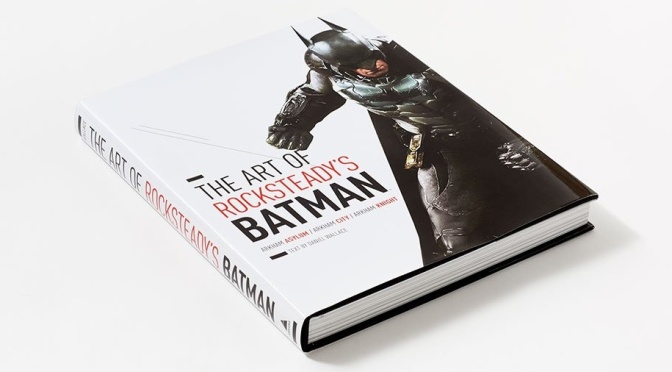 Rocksteady’s trilogy of Batman games have become gaming legend in recent years. Never before has a studio nailed the feel of a comic/movie icon so well in gaming form. Behind every great game though, are reams of artwork inspiring ambitious mechanics and design. The creative mind’s eye uses the page to provide the provisional jumping off point for others.

This hardback book is a celebration and homage to the journey of the Batman series’ aesthetics from concept through completion. It’s an absolute beast of a book too, a true coffee table piece if ever there was one. Weighing in at 2KG, The Art of Rocksteady’s Batman has 304 pages containing 400 high quality images. Concept art has long been an unlockable feature in video games, but high quality art assets are much better appreciated on the page rather than your TV screen.

END_OF_DOCUMENT_TOKEN_TO_BE_REPLACED

This is the end folks. Rocksteady’s last Batman game. As we saw with Warner Montréal’s Arkham Origins, you can’t just ask another studio to copy the formula and come up with the goods. Wipe away those tears though and step into the world of Batman: Arkham Knight.

This final adventure sees Batman finally playing on home turf in the expansive Gotham City. A dream come true for gamers, but the Scarecrow wants to make it everyone’s worst nightmare. He’s been cooking up a small ocean of his trademark fear toxin to make a whole city lose its mind and tear itself apart. END_OF_DOCUMENT_TOKEN_TO_BE_REPLACED 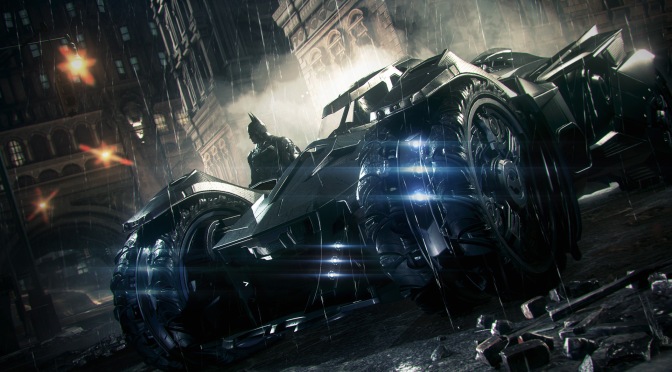 From the first time you unleash the Batmobile on the streets of Gotham, there’s a volatile burst of aggression that makes it almost intimidating to handle. Steering can be very sensitive, resulting in much more fish-tailing than I’d care to admit. It got to the point where I was getting quite annoyed actually. END_OF_DOCUMENT_TOKEN_TO_BE_REPLACED

Don’t take that title as a slur on Rocksteady’s excellent work on the Arkham series of Batman games, or as an ill-judged prediction that Arkham Knight is going to be anything other than brilliant. Far from it. Batman: Arkham Knight could be the crowning achievement of the trilogy, the realisation of years of hard work and the culmination of efforts and ideas that were finally allowed to exist as gaming hardware caught up to Rocksteady’s lofty ambitions.

So why so keen to see them let the Dark Knight go after June 23rd (well, after the inevitable expansion packs at least)? Rocksteady have proved themselves to be an excellent studio and it would be cruel to tie them to making one franchise over and over again. Let’s see them and Batman go out on a high, before ideas become stale and before the studio becomes fatigued trying to come up with fresh ideas in order to better their own impossibly high bench marks. They’ve been working on Arkham games nonstop since 2007! END_OF_DOCUMENT_TOKEN_TO_BE_REPLACED

Batman: Arkham Knight has suffered yet another delay. Instead of releasing June 6th, you’ll now have to wait until June 23rd. It’s not the longest of delays (Uncharted 4 has hurt us the most in recent weeks) and we’re glad that Rocksteady is waiting until they decide the game is ready if we’re honest.

Arkham Knight is looking fantastic so far and Warner Bros has released a new trailer called ‘Officer Down’ to ensure our appetite doesn’t diminish while we wait. Enjoy the video below to see a fresh seven minutes of gameplay. After that, take a look at our hot pre-order offers, where you can reserve a PS4 or XO copy from as little as £37.99. END_OF_DOCUMENT_TOKEN_TO_BE_REPLACED 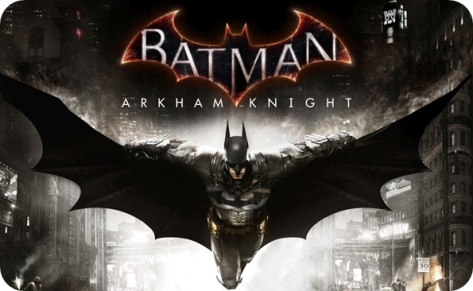 It’s been widely understood for ages that Rocksteady have been secretly working away on a next-gen Batman game for a while now, but that doesn’t mean that yesterday’s announcement hasn’t got us wildly excited for the Dark Knight’s debut on the PS4 and Xbox One with Batman: Arkham Knight. So let’s dive into what we’ve been able to find out about the game since its reveal.

END_OF_DOCUMENT_TOKEN_TO_BE_REPLACED

Wii U versions of core multiplatform titles are going to play a big part in the console’s future. Nintendo wants to compete directly with Microsoft and Sony this time rather than settle for a casual market. The Wii versions of regular titles always felt like poor ports, so what better way to convince gamers you’re serious this time around than starting with one of last year’s biggest action titles, Arkham City.

Our hands-on demo begins during the Ra’s Al Ghul section of the game where Batman has been poisoned and he’s tracking down a ninja to try to find the antidote. This session served the purpose of showing us a broad selection of the unique Wii U features.