Following up the cataclysmic events of God of War III must have been a terrifying ordeal for a studio to go through. However, when a series already has a prequel along with another game filling the gap between games one and two I struggled to see how Kratos’ adventures could do anything but go forwards.

In an old panel interview with the other four individual God of War director’s, David Jaffe (GOW1) said that he would have liked to see gods from around the world (think Norse and Chinese) move in on Olympus in a power vacuum caused by the death of the Zeus and his brethren. That would have been an unbelievably hot premise and the only true way to follow up Kratos’ gloriously enraged finale. It’s going to happen; it’s too good an idea to not. But sadly, I expect we’ll have to wait until PlayStation 4 as Sony are playing it safe with this prequel set before even the events of Chains of Olympus.

END_OF_DOCUMENT_TOKEN_TO_BE_REPLACED

Ha ha! Kratos has feelings, what a lady! Joking aside, see a softer side to Kratos in this story teaser trailer for the upcoming God of War: Ascension. Then watch him stab up a few massive beasties including the Elephant-man (no, not that one) and a previously unseen Kraken-esque sea-beast.

March can’t come soon enough for Kratos’ next adventure as we’ve all but forgotten our initial apathy towards the game upon hearing it was another prequel. For any PlayStation Plus subscribers out there don’t forget you can get free access to the game’s online multiplayer beta right now.

END_OF_DOCUMENT_TOKEN_TO_BE_REPLACED 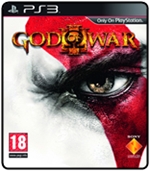 Kratos and God of War III have patiently sat atop Mount Olympus watching the likes of Bayonetta, Darksiders and Dante’s Inferno clamber their way upwards in their efforts to usurp him. He’s let them get tantalisingly close, before stirring and smiting them from the mountain in amused rage at their audacity.

The end of the trilogy begins where GOWII ended, with Kratos clambering up Mount Olympus with his new Titan buddies for the climactic war to kill Zeus and any gods that cross his path. There’s seemingly nowhere for the Olympians to hide anymore seeing as he’s dispatched pretty much every mythological monster they’ve thrown at him already. END_OF_DOCUMENT_TOKEN_TO_BE_REPLACED