Visceral games had a daunting task on their hands when they were given the reigns for the latest Battlefield game. But rather than attempt another military shooter, they’ve come up with a fresh angle for the series’ single player campaign and the online multiplayer by infusing a cops and robbers vibe.

We’ll start with the campaign, as it’s always nice to get a feel for the guns before hopping online. That said, DICE’s last two campaigns in Battlefield 3 and 4 have been terrible, you’d barely know that the same team were behind the excellent Battlefield: Bad Company games. Visceral know their way around a campaign though, having developed the excellent Dead Space series. END_OF_DOCUMENT_TOKEN_TO_BE_REPLACED

With the Christmas release schedule being so packed, some games slips through the cracks. But here at Dealspwn it’s never too late to give you a verdict on a game. After all, in these modern times developers are able to add patches to their games to fix issues that may have been around at launch. The next-gen launch versions of Battlefield 4 on PS4 and Xbox One had a few teething issues, so maybe time (and a few patches) have proved to be a great healer. I’m about to find out as I dive into Battlefield 4 on the PS4.

Let’s get straight to it. Battlefield 4’s single player campaign is better than Battlefield 3’s, but still way behind the Bad Company games. For those of you kind enough not to have scrolled down to the multiplayer part of the review already, I’ll tell you why.

END_OF_DOCUMENT_TOKEN_TO_BE_REPLACED 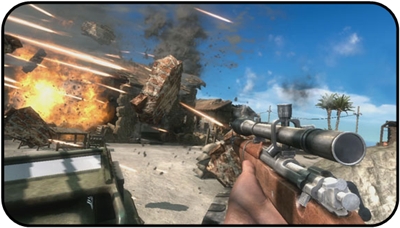 If you missed our launch party article for the game here’s a quick reminder. Downloadable only, team-based World War II first person shooter based on three (soon to be four) beautifully designed Pacific island maps. It’s like Bad Company has gone on a sunny holiday. END_OF_DOCUMENT_TOKEN_TO_BE_REPLACED