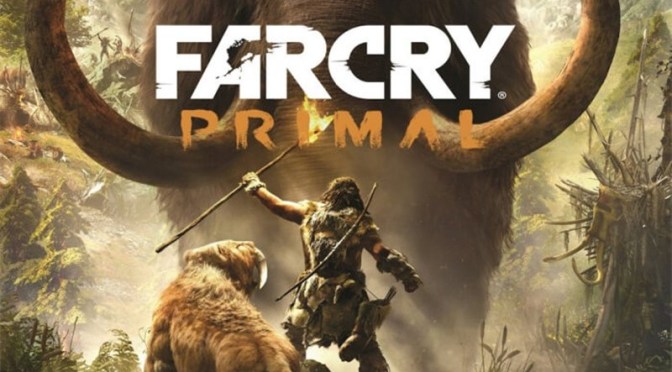 If there’s one series we never expected to explore a 10,000 BCE prehistoric setting, it was Far Cry. Here’s a series so accustomed to the FPS genre, it was hard to imagine it doing anything else other than giving us a AK47, some C4, a bloody big map and a long journey to take over it. If you were a gambling man, you’d say this new setting was more likely to come via Assassin’s Creed.

Thankfully, it turns out Far Cry is a worthy brand to give this caveman-sim a shot. Even with the removal of guns, that Far Cry DNA is truly present in Primal. There’s a huge world to explore, irritable locals and the wildlife is so much more than window dressing as it’s purposefully included in gameplay and the game’s crafting and upgrade systems. More to the point, we all know Far Cry has been at its finest when it started letting us play with a bow and arrow.

You play as Takkar, whose one man mission is to reunite members of his tribe and defend them from rival clans. Why does everyone want to follow him? Maybe because he’s the goddamn Beast Master. After drinking some blood from a cat’s skull Takkar discovers he is able to tame wild animals. As you progress, you’ll be able to call upon various wolves, lions, badgers (damn straight), bears, saber toothed cats and more. Really stretch out the upgrade tree and you’ll be able to ride some of them.

I’m getting ahead of myself a bit though. You’re probably wondering what else you do in the game. Well, it’s Ubisoft and Far Cry, so you’ll be familiar with most elements, like taking on enemy outposts or bonfire camps to de-fog sections of the map. Side-missions add more members to your tribe, unlocking bonus XP and so on. These usually involve saving them from enemy capture, hunting dangerous beasts or fetching them shit they’re too damn lazy to get for themselves. Main story missions rarely mix up the formula for anything more complicated, they just increase the scope of the action.

Ubisoft commissioned professional linguists to come up with a new language for the cutscenes which helps to pull you into the tribal atmosphere and there’s a healthy mix of semi-deranged individuals. I’m pretty sure you’ll recognise one person’s distant relative from Far Cry 4.

Speaking of Far Cry 4, Ubisoft have been a little cheeky. It’s easy to claim many franchise games are just reskins. But Ubisoft really haven’t helped themselves by recycling the overhead map blueprint from Far Cry 4, as illustrated by the chaps over at GamePressure. To be honest, so much has been tweaked, this is only apparent when looking at the two map pages. When you’re actually running around, the environment looks very different. Even so, Ubisoft, consider yourselves busted.

The world of Uros does feel different though thanks to the general lack of civilisation. The mix of pine forests, grassy meadows, dusty canyons and the snow-ravaged North make for a refreshing change. Rival tribes are never far away, so there’s always a scuffle to get involved with and grab some extra XP, although you’re never pestered to the ridiculous extent of Far Cry 2.

Nature is a bigger threat now you don’t have guns and things get worse at night with packs of dhole and wolves being particularly annoying without an uzi. The bow is a little slow for multiple opponents, so you’ll need to start swinging your club around. Melee combat is very one note in terms of player input and probably the least satisfying aspect of the action. At least the throwing spears are enormously powerful.

Opting for stealth or using tamed animals is much more effective and fun. For example, having a wolf by your side ensures others wolves or dhole won’t mess with you. You can instruct your ‘pets’ to attack specific targets too, which is fantastic if you spot a rare pelt you’d like to liberate from its current wearer.

It’s easy to form a bond with your tameable friends, so much more so than your tribe. You can heal your animals with helpings of meat and you’ll often race to revive them in battle when they inevitably get stomped on by mammoths after you borked an arrow shot past a rival archer and straight into a dozing herd. Generally, they aren’t a liability, although you should dismiss them if you’re trying to stealth-run a base as sometimes they go off script and just tear the place to shreds. You get a small XP reward for any of their kills, although they’re definitely dirty kill-stealers at times, putting the finishing blow to an enemy you’ve been riddling with arrows for a while and leaving you with the small reward. But then you can walk over and hold Square to pet their adorable blood-soaked face and all is forgiven.

When you and your new favourite beast aren’t painting Uros red, you’ll be hunting and gathering new resources to strengthen your tribe. The game is packed with side-content that sees you ticking off mankind’s earliest of shopping lists. You’ll be hunting and skinning everything from goats, wolves, saber toothed cats, bears, mammoths and more. Less murdery lists include different plants, rocks, clay and so on. It sounds dull as balls, but with so much to do around you, simply running between missions and racing through the game is just impossible, but in the best of ways. With so many upgrades, new skills and a varied Trophy selection to work towards, none of it feels like busywork.

The stealth side of the game is similar to recent FC games. It feels so rewarding to silently pick off enemies in a camp, plus there’s a massive XP boost for doing it all silently. With no binoculars this time, initially your only way to tag and track enemies through cover is to call in your owl. You control its flight overhead, tagging any enemies you see. Later on in the game you can make him dive in to attack weak targets and even drop beehives or clouds of crazy gas to cause chaos.

Once you’ve levelled up a lot, you may decide stealth isn’t fun. Why? Because you’ll have the option to ride a giant cat straight into camp while it mauls a crowd to bits with you picking off fleeing targets with your bow or clubbing anything close by. No stealth XP bonus, but massively fun.

I managed to finish the game with most of the upgrades unlocked in about 20 hours, but I still have a lot of collectibles and a few more animals to tame before Platinuming the game. There’s no multiplayer, but it doesn’t feel like it needs it either. Is this the start of a new franchise? Well, despite having a great time with Far Cry: Primal, Ubisoft may have done everything they can with the setting and game mechanics and should probably move on next time. Not that I wouldn’t mind being proved wrong.

The Short Version: A caveman spin on the familiar Far Cry template that loses nothing by ditching guns and bringing things back to basics. Teaming up with the local wildlife as the Beast Master to cause havoc amongst the rival tribes is an absolute blast and there’s plenty to do in the varied map.