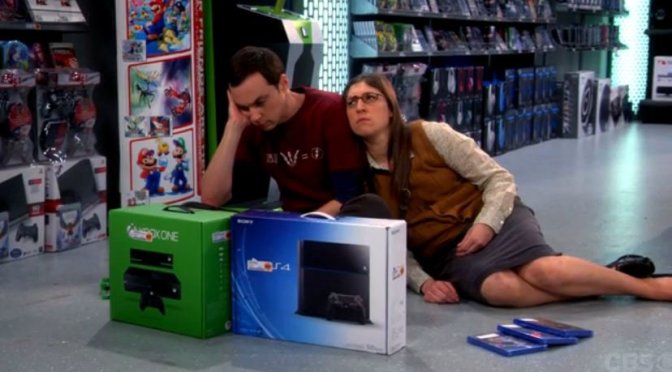 Hacker losers have once again screwed over gamers by hacking into PSN and Xbox Live just in time for one of the busiest times of the year. Sure, the hackers think they’re punishing the big companies, or ‘sticking it to the man’, but in fact, they’re affecting regular folk who want to enjoy a bit of online gaming with friends over the holidays before heading back to work. Let’s face it, Destiny is more useful as a coaster when offline. Rather than list the painful punishments we wish on the hackers, we’ve come up with seven things to do with your consoles that the hackers can’t interfere with.

Have a few massive games to hand

There are some bloody huge games out there that don’t require any online connectivity at all. In the post nuclear war scorched world of Fallout these outages will be nothing more than a blink of the eye. Fallout 3 will absorb well over 100 hours of your life on the long road to a Platinum Trophy. I can’t think of any other game you’ll want to play for so long despite the HUGE number of glitches and crashes. Fallout: New Vegas isn’t quite as buggy, but if you’re after something a bit more modern to play though the downtime though, we’d seriously recommend giving Dragon Age: Inquisition a go. It’s a bit bloody good.

Build your own game!

We’re all guilty of it. Having amazing ideas leading up to the release of games like LittleBigPlanet and then not bothering because we’re overwhelmed by the creations of other players. Well, why not take some time out to get used to the creation tools and really put some effort into creating something you’ll be proud to publish online once normal service resumes? LittleBigPlanet 3 has made it easier than ever to create a rich variety of levels. There are plenty of online guides out there to simplify everything and the forum community are always welcoming.

Break out the Moves

Don’t go outside, it’s rubbish. If you insist on getting some exercise then dust off the PlayStation Move controllers. The mighty Sports Champions is a solid contender with bouts of table tennis and archery providing a great workout. If you’d like to take a seat though, why not enjoy Killzone 3 in the most immersive way possible? Of course, you’re not limited to Sony’s motion controller, why not dust off your original Wii, which is always a big hit at this time of year. All these years later Wii Sports is still one of the greatest family games ever made.

Netflix on consoles is a fantastic way to enjoy endless movies and TV shows. With sign-in issues abound on consoles though thanks to the hackers, it’s time to pop in a few blu-rays (remember those?). With any luck you picked up a few over Christmas and can give the thumbs a rest until normal service resumes.

Online multiplayer is great, but there’s no beating giving somebody a good hiding when they’re sat right next to you. Get some mates around enjoy some old-school local multiplayer. Call of Duty Advanced Warfare sports two-player splitscreen and plenty of you can get involved with FIFA.  Diablo III rocks an incredibly addictive 4-player experience as does Mario Kart. Retro fans should certainly check out Towerfall Ascension too.  Don’t neglect your older consoles too for the likes of Street Fighter IV, Sonic & Sega All-Stars Racing or MotorStorm: Apocalypse.

Buy a Wii U

Hackers don’t seem to care about screwing over Nintendo gamers. Ok, only Mario Kart really springs to mind as something with a strong online element to ruin for them. Looking back over the year’s headlines though, the Wii U seems to have been the most reliable platform of the year. When you think about it, Nintendo has seemed to made a pleasant habit of releasing finished games too that haven’t fallen apart in our hands like Ass Creed Unity, DriveClub or Halo: MCC. Be on the lookout for our Wii U deals here.

While it’d be mad to suggest PC gaming doesn’t have its own issues. As an overall platform, it doesn’t fall prey to such intensely targeted hack attacks. Add in dedicated servers, 60 frames-per-second gaming, a deluge of quality indie titles, cheaper games and it’s no surprise to see PC gaming on a constant rise. If only building your own rig or buying a decent one for a reasonable amount wasn’t such a daunting process. Naturally readers we’d love to hear of your thoughts or recommendations on that mater.