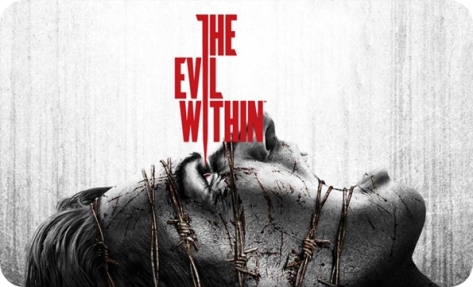 Today’s session sees our detective leading man making his way through a sinister mansion full of strange noises, tortured sobbing, wet ripping sounds and a host of nasties sporting dead-eyed barbwire couture. Forget any concerns about the ‘haunted mansion’ cliché, this is the sort of nasty setting we’ve missed in recent years. And don’t forget, this is just one stage of Shinji Mikami’s blood-soaked love letter to the genre he helped to define.

It’s also the first decent taste of horror on new-gen hardware and it suitably impresses on the graphical front from the start. It’s the shadows that really put you on edge though. Be it the flickering shards emitted by your gas lamp as you edge down a dim corridor, the light behind a sheet betraying the twitching silhouette or the gradual pouring of light into a dark room as you slowly creak open a door into the unknown.

Enemies are often first spotted via their shadow as they stagger around a room in a daze before the smell of your flesh sends them into a frenzy. The crazed residents certainly have an undead look to them, but they aren’t your usual shufflers, instead they’ll dash at you, bringing up memories of everything from 28 Days Later to Siren: Blood Curse. Why they’re often wrapped in barbwire is the sort of question we’re not sure we’re ready to answer.

Click here to read the rest of my preview at Dealspwn.com.

One thought on “The Evil Within (Hands-on Preview)”