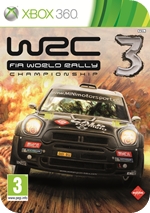 I’d never make it as a WRC driver. Mainly because my first thoughts to hearing the words “Don’t cut” from my co-driver are “why not?” Which makes the rewind feature an invaluable tool in the boot of my rally experience, as once again Milestone encourage me to take my favourite Colin McRae inspired approach to rallying: “If in doubt. Flat out.”

Milestone has produced two of the best rally experiences I’ve had on this generation of consoles. Admittedly, WRC 2 was something of a version 1.5 over its predecessor, but the vision of the series has always been pure rallying, which is more than can be said of Codemasters’ recent efforts. Codemasters took the great Colin McRae series and produced the first impressive Dirt game before absolutely nailing it with Dirt 2. Then they got a big old man crush on Ken Block and started to make us drive our cars like poledancers. Sad times.

In an effort to try to please everyone, Milestone has included two career modes here. The first is a straight up recreation of a rally season’s events across 13 nations. You’re able to tweak the championship to your own taste. Complete the countries in official order or go at them in your own order with the option to choose between three and seven races for each of them.

Being something of a purist, I went for the full tour of events in the correct order. A word of warning though, this provides something of a dull start, as the first two events are bland snow-based ones that certainly don’t do the game any favours visually. 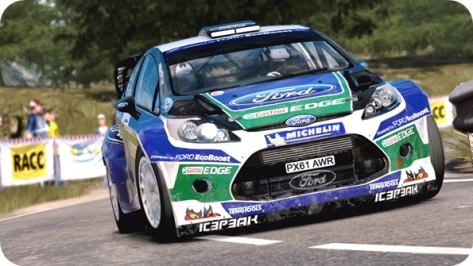 However, after those winter scenes the tour headed onto sunny scenes of Mexico, making the game much more appealing. It was here that I really started to enjoy the handling too as the game works best on gravel as you slide around narrow hairpins or dangerously carve your path along a cliff-edge. Tarmac eventually gets a showing too, with Germany providing the biggest thrills along terrifyingly fast tracks that are deceptively straight, but the slightest deviance in road direction can send you tearing into the forest.

The close angle of the trailing camera can become dangerous on these parts too as the tree branches reach out into the road, often obscuring your view in horrifying peek-a-boo fashion. It’s annoying, but undeniably ramps up the terror. Using the in-car viewpoint is better than ever now as the fixed apex viewpoint while drifting allows you to move the driver’s head to keep looking forwards rather than where the car is facing. Little touches like dynamic window-wipers after going through water look great too. If only the car interiors weren’t so bland.

The tracks feel new compared to the last two games, which featured more than a few cheeky remixes, so series fans will be pleased. However, many sections of the routes in WRC 3’s countries are repeated over the seven events, meaning you might get a bit bored of them during a full-length season.

One visual design change I’d wish they’d patch is the colour of the split-times difference during a stage. Why is it orange instead of green? And I’d like to see split-time differences at the end of a stage too rather than just the overall time.

Aside from choosing from a wealth of official vehicles and their drivers, the WRC license is barely taken advantage of in the game. There are no real footage videos introducing stages or anything to get you excited about playing the official game of the WRC. Same as the last two games then sadly. Maybe this could be a reflection on the waning interest in the sport itself as Seb Loeb’s dominance over the last nine years has made it almost pointless to watch. Just give him his bloody Formula 1 license already.

The other career mode I mentioned is called Road to Glory. Here you unlock events with the stars awarded for doing well in unlocked ones. For example, a single stage rally event will give you seven stars for coming first and up to three more stars for reaching ability point thresholds. Ability points are rewarded for drifting, jumps, clean sectors and ripping up tape-barriers. These points can be frustrating as many drifts aren’t registered and knocking down red tape barriers often rewards you more points than drifting, meaning you’re encouraged to drive poorly.

Other events include drifting, duals, smashing point gates (like Dirt 2) and another gate mode that has two or three gates that change colour at the last second and you have to aim for the green one as the red ones slow you down. Rally cars aren’t the most nimble of creatures so this mode’s a little out of sorts to be honest. The amount of stars needed to unlock events starts to become stretched out before long, meaning you’ll have to strive to max them out or complete lengthy multi-stage rallies for the same amount of stars as a single-stage event, which really drags.

This career has a poor start too as you’re forced to use the early vehicles that have miserably unresponsive handling. Before long though you unlock better rides along with upgrades that you have to manually check and apply in a lengthy process that should have been streamlined.

The enjoyable pit crew management side of the game complete with sponsor choosing has been completely cut from WRC 3 and Road to Glory feels like a poor replacement. If some of these challenges had been merged with last year’s career mode, this would have fared much better.

Online matches were smooth in the matches I tried, but I have heard reports of game freezes, but Milestone has already acknowledged they’re working on these. Multiplayer features garishly coloured live ghosts to race against. Points are rewarded for each event rather than racers competing for the best overall time throughout a series of races. While this is a fairer approach, fans have already been asking for an alternative mode to be added to be more in line with a real-life rally event experience and it sounds worth a shot to be honest.

The Short Version: The new tracks and thrilling gravel handling mean that once again Milestone has provided another high quality rallying title. However, the duller career modes are seriously lacking any flair between races. There are plenty of tracks and challenges here though if you’re willing to stick with it.