If you only buy one HD collection this year, make sure it’s this one. Pretenders to the stealth genre have come and gone over the years, but the Metal Gear Solid series has outlasted them all and with good reason.

MGS2 and MGS3 looked better than most other games back in their day on PS2, so it’s no surprise that they still look great today after a HD polish. MGS2’s Big Shell and Tanker look incredibly clean and the jungle of MGS3 features the best leaves seen in gaming, full stop. When you’re crawling through tall grass, you can see how every leaf looks real, instead of a flat blocky mess. Coming from the PSP, Peace Walker stood to get the biggest visual update and it certainly does look better than before, but compared to the other two, it looks a little rough.

Firing up MGS2 first, I was initially horrified by the controls. Considering I adored this game on PS2, I feared the magic was gone. Moving aiming and shooting requires insane finger dexterity that would be laughed out of town in a modern release. It was well worth sticking with though and after a few hours, I was holding up guards, trying to steal all their dog tags all over again. MGS3 is a bit easier to control and greatly benefits from a moveable 3D camera. Peace Walker is boosted by the second analogue stick and features modern control options, similar to MGS4.

The Metal Gear Solid series has always tried to evolve with each release and this collection shows off Hideo Kojima’s irrepressible and eternally endearing ambition. Add his gameplay elements to the incredibly detailed universe he’s created and you can’t help but be in awe of such talent. Some plot strands are frighteningly close to modern events too, such as the Patriots’ desire to control the digital flow of information, a little like the recent SOPA debacle no?

For me, MGS2 displays the most innovation throughout. Disarming deviously hidden bombs, fighting harrier jets, using directional microphones to listen for a pacemaker amongst hostages, quietly snuffing out guards and the uniqueness of every boss fight make this an absolute classic. MGS3 is all about changing outfits to match your surroundings and once again, some great boss fights that force you to rely on all your skills and gadgets. Yes, you can still kill The End after that cutscene instead of waiting for the fight itself.

Peace Walker is just plain weird compared to the others, for a few hours at least. Here you recruit POWs or knocked out soldiers by sending them back to your base during a mission. You then allocate them to work in different departments like combat, R&D or Medical which in turn builds up your team and opens up unlock trees for new and improved equipment. 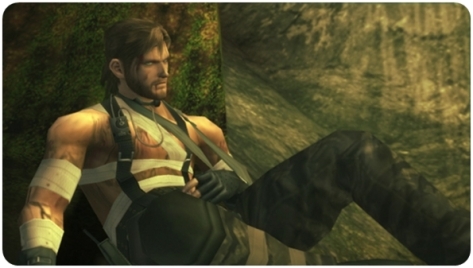 The gameplay itself consists of smaller missions that come without checkpoints and can also be played co-op online. With no difficulty options available, it can be quite tough on your own, especially when you have to replay a few missions to level up your team enough to supply you with essential tools like C4 for destroying barricades. Grinding, co-op, team building, levelling up? It’s all a bit too much all at once when you play the game right after the other games in the collection.

It’s hard to stick with as well, seeing as most of the cutscenes are told via horribly rough illustrations (same style as the old box art). If you really want to know what happens to Big Boss during this important period though you’ll want to keep going, hell maybe the new elements will grow on you. The sideways text on the menus and HUD will always be hideous though. 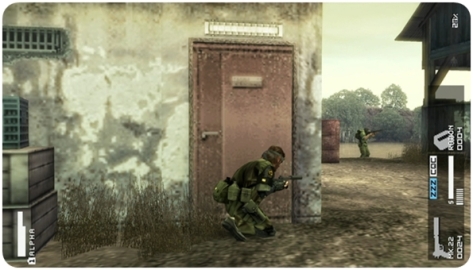 While we’re on the negatives, we have to mention cutscenes and codec calls in general. If you’re new to these games, you’re going to need a lot of patience. As much as I love MGS, Kojima badly needs to hire a decent editor to trim the fat. There are so many interruptions of pointless filler information it really detracts from the gameplay if you let it get you down. It’s no exaggeration to say that of the ten hours each it took me to finish Sons of Liberty and Snake Eater, half of that was spent watching rather than playing. You can skip these scenes, but it’d be a shame to miss the finer moments of the story. Incredibly, you STILL can’t pause the cutscenes.

As an extra bonus, most of the content from the re-releases MGS2: Substance and MGS3: Subsistence are here too. So you can enjoy the VR missions, Snake Tales and the two original (and bastard hard) MSX Metal Gear games. Tremendous value for money.

The Short Version:  MGS1 is sorely missed, but there’s no denying this should be on everyone’s shopping list. Older players will enjoy the nostalgia in HD and newcomers can get in on the ground floor to a series that stills shows more innovation throughout than most modern titles you’d care to name. The extras and online elements will extend the package even further.