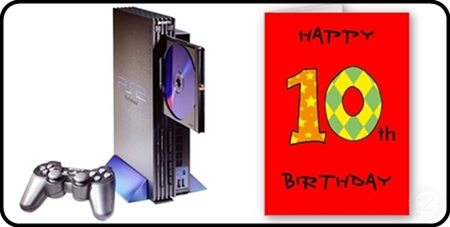 Sony’s record-breaking black monolith turned 10  in Europe today. It’s hard to believe it’s been a decade since the most successful console ever launched. The PS2 wasn’t just important for games, Sony were massively influential in making DVD the film format of choice by slyly slipping a DVD player into millions of homes too, much like they’ve done again with Blu-ray and the PS3. The games are what mattered though. Here’s my Top 10 titles I felt were amongst the most important. Of course there are a few seemingly glaring omissions from this list, I felt like an utter bastard for cutting some titles, but that’s how strong a decade of PlayStation 2 really was. The PS3 and Xbox 360 have a hell of a lot of work to do yet if they want to match it. Here we go then, in order of release date: 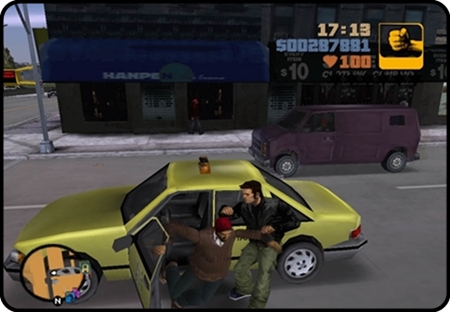 The one that changed everything. The leap into a living, breathing 3D city from the old bird’s-eye-view crime-spree made GTA a place we’d spend months exploring. The freedom GTAIII offered hadn’t been seen before and the range of side-missions, collectibles and Rockstar’s trademark humour and storytelling kept gamers glued to their screens well into the new year. Even now players would be able to load up the game and remember every street of the game as if they had actually lived there. Vice City might be the seminal title and San Andreas was bigger and packed with even more variety, but GTAIII will always be remembered as a true trendsetter. 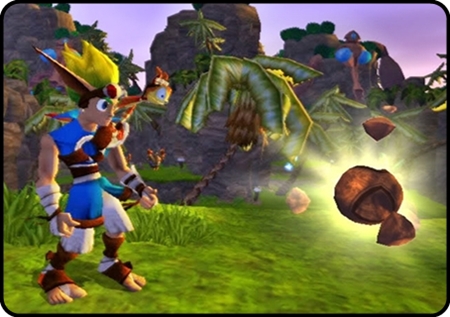 One of the first decent action platformer games on the PS2 that wowed gamers with it’s vibrant visuals and huge gaming world which didn’t have one loading screen if you decided to run from one end to the other. The platforming was razor-sharp and the action throughout was a fine display of early brilliance from developers, Naughty Dog, who went on to make the Uncharted games on PS3. The series lost its way after this fantastic opener as it tried to move into Ratchet & Clank’s territory by adding guns to the mix and strangely dull city environments. I wouldn’t say no to a PS3 sequel though.

This super-stylish gun n’ swords action action title oddly enough started off as a Resident Evil game, but it soon became clear to the developers that they’d created a new breed of animal. A PS2 star was born in the silver-haired half devil / half-human, Dante. Sure, he was cocky, arrogant and completely in love with himself but when you’re uppercutting demons with a five foot blade and then making them dance mid-air with a storm of bullets, you can damn well afford to be. DMC was a huge boot up the backside for the action genre which has been used as a template for the genre ever since.

Hideo Kojima bravely removed Snake as the main hero of the game and replaced him with the Emo-before-his-time, Raiden. Apart from the blonde fop, this was an incredible game. The plot was gripping throughout even if the ending needed a few viewings before making sense. The boss fights were insane, ranging from fat bombers on roller-blades to harrier jets and multiple Metal Gears. Fantastic replay value was added with the ability to sneak up on every patrolling soldier in the game and steal their dog tags which showed how the game could not be beaten for stealthy shenanigans. It was a benchmark title graphically too with some well rendered cutscenes and fine detail for everything from the weather effects on the tanker to the tiny writing on the side of a tranquilliser dart.

What? Not Shadow of the Colossus? Ico gets the edge for being such a well-received, but even more underselling cult classic. Copies became rare, until Sony finally gave in and re-released it years later. The simple tale of a boy abandoned in a castle, turns into an emotional, game-long, escort mission as players had to protect the ethereal girl, Yorda. You’d have to take her by the hand and lead her around the castle and catch her when she’d fall short of a jumps, developing a bond unlike anything in other games. She’d get distracted by butterflies while you’d be holding on for dear life to a windmill sail and would be attacked by black shadowy creatures when left alone. The two can’t understand each other but this is still regarded as one of the finest examples of emotional gaming as players would try to protect Yorda to the end. All this wouldn’t matter though if the game didn’t also have excellent platforming and puzzle sections throughout and a desolate atmosphere created by the audio design. The gaming community is holding its breath in eager anticipation for the next game from the creators in The Last Guardian.

Cranking the carmageddon up to 11, Burnout 3 let racers get away with more crashes than ever in this street racing gem. The inclusion of ‘Aftertouch’ meant that after a crash of your own you could guide your flying wreckage in slow-motion into any other racer who might be about to zoom past. The car combat really came into it’s own with racers now able to barge other cars off the road in glorious takedown moves. The speed the racing operated at once you touched that boost button was epic beyond belief. Burnout Paradise may have been a great online game for messing around together but the racing in an open city, which relied on you being able to read sat-nav and navigate traffic at 200mph, was so poor compared to the tracks in games in Burnout 3 that were designed perfectly for speed, drifting and utter carnage.

One of the finest names in console multiplayer history goes online and in many ways has yet be be beaten. The huge array of weapons, fun characters and ready-made or player-created maps meant this was an incredible experience, the likes of which still have not been seen since on current generation consoles. Even the stat-tracking leaderboards have yet to be matched; time spent aiming, headshots, time on a specific map, the list goes on. It was devastating when developers Free Radical went under. Crytek (of Crysis fame) now own the name, let’s hope the rumours of a return ring true.

Often over-looked until now, as Sony have seen fit to give Sly and the gang another chance via a HD re-release of the PS2 trilogy. Something even Jak & Daxter and Ratchet & Clank are yet to receive. This is perhaps the only series on PS2 that started out great and got incredibly better each time, with the third game culminating in a blend of gameplay styles including platforming, stealth, aerial combat, puzzles, open-world environments, racing and more, all wrapped up in a delicious cell-shaded style with an engrossing narrative packed with interesting characters.

The last cult classic on the PS2, and possibly the best of the lot. This beautiful looking game had you playing as Amaterasu, a god in wolf-form trying to save medieval Japan from seemingly every malevolent god and evil spirit that ever stalked the pages of Japanese mythology. The colour was drained from all affected areas, with it returning in epic flourishes when you cleansed the land with the aid of the Celestial Brush which allowed players to draw items into the world or attack enemies. Everything from cherry-tree blossom, bridges and bombs could be sketched in. It was a huge adventure with several false endings, which seemed to grant your silent wish for it to just keep going.

This was a testament of how far the PS2 had come. Even with the next-generation consoles kicking in the door. Jaws were hitting the floor for the last hurrah on Sony’s black-boxed beauty as Kratos tore his way through Ancient Greece in his blood-soaked quest for revenge. The combat was inspired and a visual delight as the infamous chained blades whirled around some of the grandest scenes ever witnessed on the PS2. Missed it? Check out the HD re-release on PS3 or get down to your nearest pre-owned gaming store.

That’s the list then.  A few honourable mentions to a few names that didn’t quite make it: Ratchet & Clank (series), Kya: Dark Lineage, Virtua Fighter 4: Evolution, Soul Calibur II, Pro Evo 4 and Beyond Good & Evil. So what about your Top 10 people?