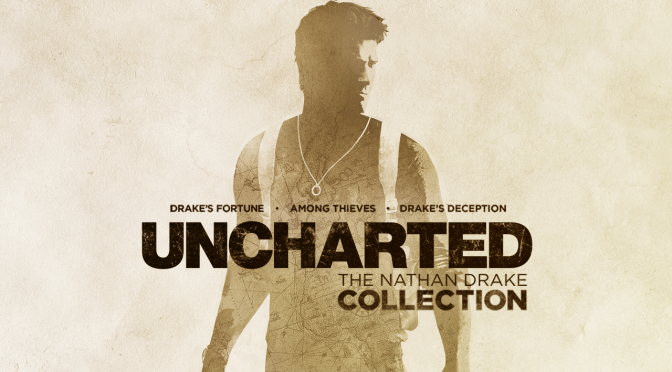 No trilogy rocked more socks off PS3 gamers than Naughty Dog’s all conquering adventures. But have they stood the test of time and who is this remastered collection even for?

To be honest, it’s an easy recommendation for any gamer. First and foremost has to be the new Sony converts. If you didn’t have a PS3 last-gen, or simply missed out on the series (you can’t play everything) and now have a PS4, this is an essential purchase.

Alternatively, if you’ve been a die-hard fan throughout the PS3 days, you’ll be pleasantly surprised at how damn good the game looks on PS4, it’s no stretch to say much of the game looks better than most brand-new PS4 games. That’s a testament to just how good Naughty Dog’s originals were and the excellent efforts by HD/Remaster regulars, Bluepoint.

Naturally, the first game in the series has a few rougher areas compared to the sequels, but the fluidity of the visuals and the high levels of detail still impress. The only visual downsides are the facial detail for secondary characters (any baddie really) as they appear a little bland compared to the main gang. That’s consistent through the trilogy actually. Another graphical issue occurred after a couple of cutscenes were the distant background appeared blocky and unfinished – we’re talking about eight seconds throughout the entire game though.

Animations during climbing seem a bit ridiculous today too. Watching Drake leap upwards and sideways from scrambling positions looks absurd and way too fast. Some running jumps suffer from seemingly being locked into limited directional degrees, meaning you can fly off at the wrong angle on some jumps.

Gunplay has always been surprisingly rough for the series, especially given the lengthy focus on gunfights as the series went on. Aiming sensitivity can be adjusted, but it’s tough to find that sweet spot. It’s not helped that Drake’s bullets seem to slosh through the air a little sluggishly, especially when trying to pan across and track a moving target.

Enemies are still absolute bullet-sponge bastards. Anything other than a headshot and you can spend an entire clip on just one goon. Some headshots are even shrugged off entirely. You don’t appear to be able to register headshots on enemies that have been staggered by another hit either, forcing you to politely allow them to get their act together before continuing the assault. Playing through the trilogy back-to-back though does show the gunplay getting a bit better throughout. Or I just got used to adjusting for its oddities.

But what about the rest of the game? The set-pieces? The scenery? The chemistry between the characters? All of these features are still absolutely stunning and make the Nathan Drake Collection well worth the price of admission. Naughty Dog’s trilogy is still the high benchmark of action gaming.

The first game cements the characters, with superb dialogue between Drake, Elena and Sully. Here we found a leading hero that wasn’t another po-faced, bald-headed, bullet munching action man discarded by most movies in the 90s. The back and forth with Sully and Elena provided plenty of chuckles throughout.

This was expanded with the next game, aided by the introduction of Chloe. The second game is all about those huge set-pieces though. The Nepal hotel climb and helicopter encounter, the Borneo jungle and the greatest ‘train level’ of all time are still so exceptionally exciting that you realise ‘next-gen’ really needs to get its ass into gear if it’s going to top them. The level of detail and thoughtful design of the cities and ancient ruins is unique to the series and a real palette cleanser compared to the endless corridor shooters or blandly textured copy/paste open worlds.

Game number three often feels a little gunfight-heavy and the set-pieces, while still exceptional, were always going to struggle against those in Uncharted 2. The strength of the characters shines perhaps more so than before as everyone’s aged that little bit more and have started to question why they’re still putting themselves through it all. Drake himself is as driven as ever, but this drive puts a strain on his relationship with the others. It’s an interesting dynamic and it’ll be neat to see how Naughty Dog will expand on this in Uncharted 4 given even more years have passed. If the excellent character writing in The Last of Us is anything to go by, expect to be impressed.

I’m relieved to see the trilogy has held up so well, as I’m an unabashed Uncharted fan. There are some flies in the ointment though, although most of them are the same ones that ground my gears back in the day. The early stages of U2 and U3 in the museum and under London respectively still feel like unnecessarily slow momentum killers.  A new annoyance is the removal of motion-control. In the old games, you simple leaned the pad towards you to get Drake to reach out in preparation for a backwards jump while clinging to a wall. Now, the only option is to press towards it on the analogue, a method that often required much twiddling to get the game to find the sweet spot. Motion-controlled grenades have been ditched too. Less objectionable additions include a speed run mode (meh) or individual stat leaderboards amongst your Friends for anything from headshots, melee kills, accuracy and so on.

So what about the value as a full-priced game? If you still have your PS3 and the old games, I’d still recommend picking this up once the price drops a little as the graphical upgrade (if you’re into shiny new graphics) is exceptional. Xbox 360 converts to PS4 should get this as soon as possible and find out what they’ve been missing.

The Short Version: An essential purchase for Uncharted newbies and the graphical upgrade makes it hard to resist for series fans too. Naughty Dog’s trilogy shames the competition with exceptionally detailed levels, blockbuster action scenes and a lovable cast that will be sorely missed when the series wraps up with Uncharted 4 next year.