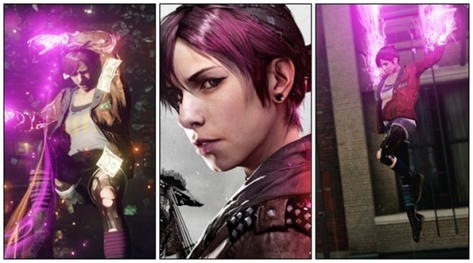 Games are expensive. Add in the fact that new-gen games are £10-£20 more expensive than they were on PS3/360 and it’s not surprising that many gamers opt to trade in their games as soon as they’re done.

With multiplayer orientated titles like Battlefield or Titanfall, they may keep hold of them a little while longer if they’re still fun or reliable online. The promise of extra maps to download further down the line make trading them in a risky proposition, after all nobody wants to miss out.

But what about games like Infamous: Second Son? With no multiplayer component and a Platinum Trophy available over two playthroughs through less than 20 hours of play, there isn’t much reason to keep the game. It makes much more sense to trade it in or make even more money back by listing it on eBay. Even if you really enjoyed a game, it’s worth noting that you could sell for a high price soon after launch and then buy again for a quarter of the price in a few years’ time when you fancy reliving the experience. 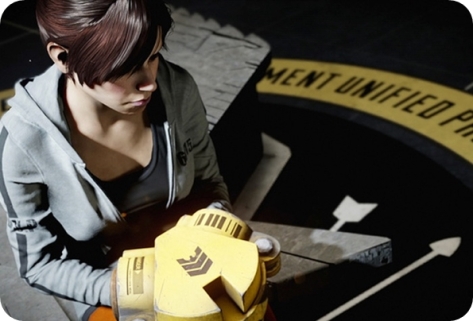 But that’s not exactly music to the ears of game publishers who deem every second-hand copy of their game sold as missed monies. Thankfully, most of the big houses have ditched their online passes to put off preowned sales. For years we’ve seen expansion DLC for single player games to enhance the experience and ensure we keep the game but decent ones have been quite rare.Fallout 3 had some great (but horrendously buggy) expansions, Burnout Paradise had a great blend of free and paid packages that ensured no racing fan would ever be able to part with their game. The lack of a sequel has also helped there.

But back to the point made earlier – games are expensive. To keep enjoying the newest releases, being able to make money by selling our games when we’re done is an essential part of many gamers’ budgets. When story-based (single-player content generally) is set to release months after the original title’s release or is only announced months later, it can be a cruel blow if you’ve already sold it.

So when Sony took to the stage at E3 to announce Infamous: First Light, anyone that had already sold the game may have felt a sinking feeling that they were going to miss out. But then Sony told the crowd that they would not need a copy of the original game to play the prequel episode.

This is a win-win situation for everyone. Gamers can sell Second Son and net some extra cash, Sony can make money from people that enjoyed the main game AND maybe people yet to play it. Admittedly, we’ve seen this type of standalone DLC release before with Far Cry 3: Blood Dragon,Infamous 2: Festival of Blood and more recently Ubisoft altered Assassin’s Creed IV’s Freedom Cryto work as a standalone item too. So shouldn’t standalone DLC be a more regular thing?

But as the Blu-ray and hard-drive space required for games gets larger, this sort of release could become more difficult. First Light seems like it will be set in Curdun Cay rather than Seattle. So that expansive city has presumably been replaced a small grey prison environment. Blood Dragon was a new environment too and considerably smaller than the main game’s Rook Islands. Many of these aren’t really DLC expansions any more, they’re just new games.

With new environments playing a large part of DLC like Bioshock Infinite’s Burial at Sea or The Last of Us’ Left Behind, having to run them from the disc after the download seems like an odd requirement. Admittedly, the disc is probably being used on some level to run the core game mechanics, but couldn’t they be squeezed into the download file too?

If we were to see another DLC expansion for Infamous: Second Son that was set in the original Seattle game world and we didn’t have to have the original game, we could expect a very large download file. This wouldn’t be ideal for gamers waiting an age for it to download (or with capped GB allowances), but it would perhaps lay the groundwork for a quick paid upgrade to the full original game for anyone entering the experience backwards.

Much has already been said that perhaps Battlefield: Hardline would have been better suited as a DLC release for Battlefield 4 – standalone or linked to the disc. And if the multiplayer part of the game is once again the only part of the game worth bothering about, then we’ll be shouting about this again later in the year. Then again, if the single-player campaign is a success (surely they’ll get it right again eventually), then the release as a complete full-priced game will be more justified.

If more games can be expanded upon post-release without the requirement of owning the original game, then maybe everyone can come out winning. Publishers earn that extra bit of money from the episode and gamers don’t have to keep games that have long since been completed. If an extra episode comes out that isn’t directly following events of the main game, then newcomers to the brand may give it a go even if the original didn’t review particularly well but they hear that new episode has fixed several issues and plays like a better game. Maybe developers and publishers could think of this extra content more like miniature sequels rather than bolt-on products to an already finished title. There’s a lot of ifs and maybes to be sure, but with the right implementation and a bit of bravery from publishers, who have been too reliant on map packs and costume changes for years, we could be about to see a beneficial shift in the stagnating digital market for post-game content.

4 thoughts on “Standalone DLC Like Infamous: First Light Must Become The New Norm”