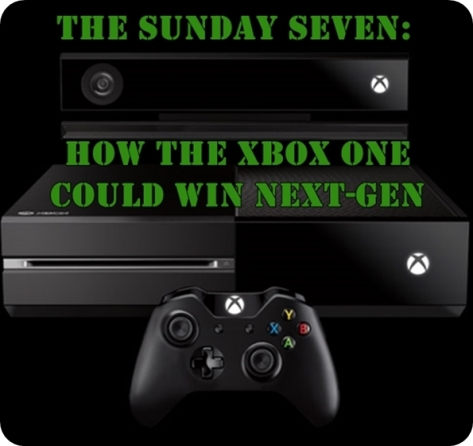 A few weeks ago, Microsoft were fighting a losing battle against the PS4. Every time they said anything via statement or twitter, gamers would become enraged and bewildered at why the company seemed determined to alienate consumers around the world. But then they sobered up ditched the two features of the Xbox One that may have handed an early victory to the PS4 – pre-owned blocking and daily online requirement.

However, is the damage already done? We’re far from writing off the big company yet, just look at how many times they’ve screwed up Windows and survived. So here’s our Sunday Seven on How the Xbox One Could Win Next-Gen. 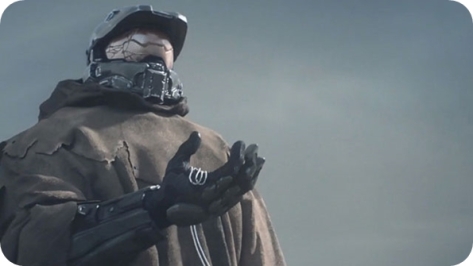 Just because we’ve only seen the shortest of teasers for Halo 5, doesn’t mean it’s not already a system seller. With 343 Industries exceeding expectations for their debut with Halo 4, fans will be keen to keep in touch with their first next-gen effort.

It’s not all about Halo though. Forza has risen to the top over the years thanks to Gran Turismo’stardiness and dated career mode and is a much bigger brand for racers to look forward to at launch as opposed to Sony’s unproven DriveClub. Gears of War is another series that we won’t have seen the back of yet, along with Crackdown 3, which we’re expecting to be announced soon.

Titanfall may be ditching a single-player campaign, but it’s certainly caught the net’s attention at E3.Quantum Break on the other hand, well we’ll reserve judgement until we see it in action as the buzzword-heavy dev vids are borderline unwatchable.

Sports and TV Options WILL be Popular

As much as we moaned about Microsoft going on about sports and TV too much at the reveal, if anything this-gen has taught us, it’s that there’s serious money to be made from them on consoles. Here in the UK, we’ll probably never see a glimpse of half of the US-sports packages which is a shame, as the NFL and NBA are reasonably popular here.

But Sky have already been working with the Xbox 360 so we can expect that to continue and develop. If consumers are able to sign up to sports/TV/movie packages on their Xbox One that are cheaper and more specifically tailored to them than standard sky box deals, they could enable Microsoft to fill that all-in-one criteria that they so desperately covet.

Look at the price of mobile phones. Have you ever seen anything so ridiculous? Oh yes, people queuing up for two days to buy a flatter one a year later for even more cash. Monthly contracts often provide a free or heavily discounted phone and it’s only a matter of time before consoles wise up to this.

Just because your machine is more expensive than the competition, doesn’t mean you can’t be a front-runner. Apple’s success being a prime example. A monthly fee would potentially be more attractive than a large initial purchase. Premium TV providers could get in on this too.

People become set in their ways and many gamers prefer Microsoft’s alternate stick placement ahead of Sony’s traditional Dual Analogue design. While the design has only been tweaked slightly, with the bumper buttons seeing the biggest change, the classic design remains the same. Although the battery pack doesn’t stick out as much anymore, this was definitely a smart move.

Enhanced rumble features are something we’re yet to experience ourselves, but each trigger having its own motor sounds great for receiving feedback, especially for racing or shooting games. Considering Microsoft’s controller doesn’t even have a name, it’s doing mighty well for itself. Go on Microsoft; give the poor fella a name.

Microsoft Will Advertise the Hell Out of It

You have to hand it to Microsoft, they know how to shove a product in your face. From Windows 7 (yay) and Windows 8 (boo), Kinect, consoles and tablets you’re never far away from a TV ad. They do a great job with games too, with particularly memorable Halo 3’s ‘Believe’ and Gears of War’s‘Mad World’ trailers.

Compare this to Sony’s continually baffling series of trailers, such as the This is Living campaign around the PS3 and you often struggle to see what the hell Sony are thinking. Microsoft will have a tougher battle on their hands this time as Sony have a huge head start in advertising to the gamer crowd on the internet as they’ve just been reaffirming all the good parts in the face of Microsoft’s initial kamikaze approach.

Most Consumers Won’t Have Witnessed Microsoft’s Evil Side

Now Microsoft has wised up and ditched the pre-owned restrictions and daily-online requirement, the bile built up over the last few months and during E3 will have subsided. The more casual crowd that enjoyed their 360s and fancy the new console may not have even heard about Microsoft’s initial plans to shaft them.

Staff in stores like Game will be able to allay any fears they have or set them straight on any pre-owned restrictions they vaguely recall hearing about months before. But Microsoft don’t allow indies to self-publish? Do you think gamers that mainly buy FIFA/Madden and Call of Duty each year really give a fuck about that? People that were happy with their 360s and aren’t too bothered about the price difference will probably just opt to stick with the brand they had before, especially when the big games they enjoy are multiplatform anyway.

You Need to Pay to Play Both Consoles Online Now

Sony sheepishly revealed that they too would also be charging gamers to play games online for next-gen. Admittedly, this doesn’t include all free-to-play games as the likes of Planetside 2 and DC Universe Online will be exempt.

It would be stupid to suggest that Sony don’t currently offer far more value for money with PlayStation Plus as it works across all devices, has better (and more) free games and discounts and so on, but Microsoft must be planning on a decent response. Yes?

At E3 they announced that they’d be giving away a few games each month, although the first batch of titles has been a letdown there’s a good chance that they have some better plans for subscribers on the Xbox One. There’s no way they can afford to let Sony keep showing them up each month with such generous freebies.

If not more free games, we could see something along the line of free (or at least discounted fees) extra services like Netflix or sport packages. If Microsoft aren’t to improve their offerings, lowering the price to £15-£20 could undercut Sony’s £40 fee and see them able to boast about being cheaper.

Well that’s the list. Admittedly, it may have gotten a little optimistic towards the end there but hey, it’s the Sunday Seven, not the Sunday Six. What do you reckon Microsoft’s chances are of maintaining domination of the console market next-generation? We’ll be back soon with the Sunday Seven and examine Sony’s chances of winning the title too.

One thought on “Sunday Seven: How the Xbox One Could Win Next-Gen”